During observances of the 70th anniversary of Pearl Harbor this week it was announced that at the end of this year, the national association known as the Pearl Harbor Survivors Group will disband. As this group of men and women who shared a unique war-time distinction fades away, it harkens back to another organization that once played an important role in American military history.

Shortly after the end of the Civil War a fraternal organization was created in Decatur, Illinois. It was called the Grand Army of the Republic, or G.A.R. for short, and was composed of men who had honorably served in the Union army. At its peak in the 1890s it boasted almost 500,000 members across the country and was both a political and, at times, a social force of much influence. Generally supportive of Republican candidates, it also pushed for veterans’ pensions and for voting rights for African-Americans. Five members of the G.A.R. were elected president and it assured that Decoration Day (Memorial Day) became a national holiday. It was formally dissolved in 1956 when its last surviving member died. The G.A.R. held annual encampments every year from 1866 to 1949. The first encampment in 1866 and last encampment in 1949 were both held in Indianapolis. Although it struggled at times to maintain its stature, its organizational structure was emulated by the American Legion, formed after World War I, and the Veterans of Foreign Wars, created after World War II. Even today, many consider the Sons of Union Veterans of the Civil War (SUVCW) a successor organization. 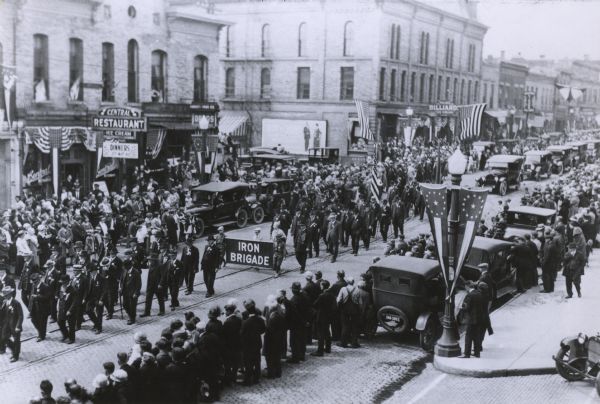 In September of 1887, Crawfordsville hosted a local encampment. A large tent city was established on the fairgrounds called Camp Henry S. Lane, with flags of all sorts waving in the breezes and military music playing. The camp was electrified which lessened the need for men to gather around campfires. However, a large campfire was built the first night and Wallace delivered the first speech. The great spectacle of the event was a mock battle. The local paper admitted that owing to the confined space available it was going to be difficult to present much of a battle—but that the Rebel fort, which had been built for the occasion, would fall. The paper also suggested that people should probably leave their teams of horses downtown lest they become frightened and create pandemonium in the crowd. In addition to Wallace, important speakers included Colonel R.P. DeHart of Lafayette, the Honorable Andrew Marshall of FountainCounty, the Honorable Joseph C. Suit of Frankfort and Generals George McGinness and Benjamin Harrison of Indianapolis. Over 2,000 men participated in the grand parade.

In 1895, the national G.A.R. encampment was held in Louisville. Initially, the Big Four (Monon) Railroad was selected as the official route to the meeting. With a round-trip fare of $3.05, the Big Four promised to match any competing railroad that offered a lesser fare. A special train was to be arranged with hundreds on board. The train was to be decorated with the stars and stripes and the thirty-piece Lafayette Military Band was to provide music en route. Unfortunately, members of the committee got their signals crossed and transportation to Louisville was not quite as smooth as originally intended.

The encampment itself drew over 100,000 men from all over the country. General Wallace drilled and instructed the men prior to departure and then led the members of the Lew Wallace Veteran Battalion in the grand parade. A committee made all lodging arrangements (meaning a cot in the encampment), meal arrangements for the men and banners. The banners were attached to six-foot-long staffs of Tennessee red cedar. As stated by the committee members, these Tennessee cedars had protected the boys during the fierce battles they fought and would now support the aging veterans as they again demonstrated their support for the Union. Wallace and his battalion were special features of the encampment; Wallace was booked for at least three campfire speeches (New Albany, Jeffersonville, and Louisville). The battalion was also invited to attend the ceremonies dedicating the Chickamauga National Park.

In 1899, Terre Haute hosted a G.A.R. encampment that the local papers called one of the most successful in years. The encampment easily doubled the population of the city and the Terre HauteGazette issued a sixteen-page special edition. General Wallace occupied a “conspicuous position on the front page. A small portrait of Governor Mount also appeared with many other celebrities of the civil war [sic].”

In 1909, Crawfordsville hosted a 30th annual encampment of the G.A.R. By this time many of the Union soldiers, including General Wallace, had gone to their great reward but they were not forgotten in this event hosted from May 19th through the 21st. The homes of Montgomery County Civil War Generals Wallace, Canby, Morgan, Manson, and Hawkins were all featured as was the home of Confederate soldier Maurice Thompson. Wallace’s Study was specially featured with special note made of Wallace’s painting of the Lincoln conspirators and his sketches of Commander Wirz of Andersonville. Other points of interest for the visiting veterans were Wabash College, the Henry Lane Home, the Masonic Temple, the Elks Home and the Public (Carnegie) Library. Even the country club that had served as Wallace’s country home and Oak Hill Cemetery were featured on tours. In the grand parade, more than 5,000 men and women marched through a red, white and blue bedecked downtown.

The 1909 encampment was not the last G.A.R. event for Crawfordsville as picnics and gatherings continued for years. Men and women such as Louis Bischof, Henry Talbot, J. McCormick, Arch Austin, George Myers, J. Sellars, William Daggart, S.L. Ensminger, H. Cowan, B. Cowan and others continued to proudly remember the service of Union veterans. The local G.A.R. was also instrumental in the erection of the war memorial on the Courthouse grounds. After the death of Henry Talbot in 1924, almost sixty years after the end of the Civil War, the slow fade of the G.A.R. accelerated. As leaders such as Lew Wallace passed on, this important organization that meant so much too so many became a thing of the past much loved but no longer viable. Because of the buildings and memorials the G.A.R. sponsored, the elections it affected, the organizations it influenced, and the issues it addressed, its impact on communities throughout the country continues to be significant 145 years after it was formed and almost sixty years after it ceased to exist.

Civil War Encampment portrays camp life in 1860sCRAWFORDSVILLE, IN, June 28, 2009— The Civil War is a major part of American history […] 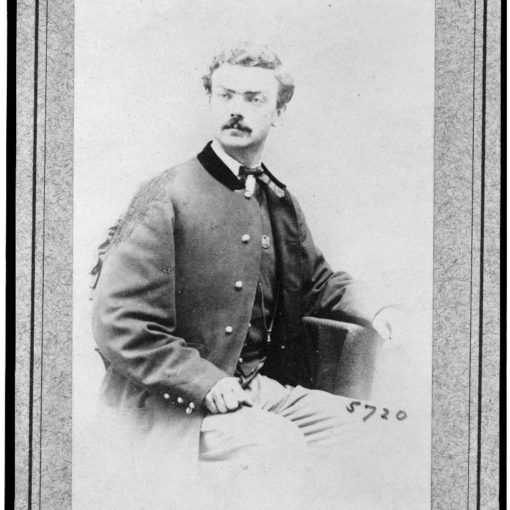 Lew Wallace was not the only famous member of the 11th Indiana Volunteers during the Civil War. Colonel Dan Macauley also became […]

On the evening of April 14, 1865, a single bullet fired by assassin John Wilkes Booth had killed President Lincoln and sent […]

On Thursday, October 17, at 7 p.m. award-winning author Gail Stephens visited Crawfordsville to discuss the assassination of President Abraham Lincoln as […]