Gifts from the Sultan

Lew Wallace’s tour of duty as envoy extraordinary and minister plenipotentiary to the Ottoman Empire ended in 1884. His friend, Sultan Abdul Hamid II, offered Lew a number of gifts. These included Arabian horses, jewels, and works of art. As a representative of the government of the United States, Wallace graciously declined these expressions of friendship and gratitude.

According to legend, as Wallace closed his office and packed his residence, the Sultan secretly included the painting called The Turkish Princess, elaborate carpets, and other items in the shipping crates. The crates were delivered to Crawfordsville before Lew and Susan returned home. The Sultan’s gifts remained undiscovered until Wallace was back in Crawfordsville and opened the crates.

The Turkish Princess, said to be one of the Sultan’s daughters, remains one of the highlights of the Study. These were not the only presents exchanged between the Sultan and Wallace.

A Gift for the Sultan

On their way home, Lew and Susan concluded their time in the Middle East with a tour of Europe. On that tour, Lew stopped in London to fulfill a favor asked of him by the Sultan. The sovereign leader of the Ottoman Empire wanted a dog. Lew wrote to his son, Henry, in February of 1885 that he spent four days in London doing nothing but looking at dogs. At that time, London was the greatest dog market in the world. Lew inspected everything from a King Charles spaniel that was so small it could be put in an overcoat pocket to a boar-hound as big as a burro.

He first considered a St. Bernard but realized the breed would not do well in hot and humid Constantinople. He then considered the boar-hound like Prince Bismarck of Prussia owned. When Wallace inspected the dog, he felt the face was treacherous and full of malice. “He did not seem so much a dog as a dangerous beast of prey.”

Lew also considered the stag-hound, a breed of dog belonging to Sir Walter Scott. Lew ultimately felt the breed was entirely unsuited for his mission. These were hunting dogs, and in his opinion not particularly handsome, which would not do. The Sultan famously appreciated all things beautiful.

After considering several breeds, Wallace looked at the English mastiff. The first one brought to him was about two years old and had won first prize in competition in the United Kingdom. Wallace was immediately impressed and asked about buying the animal.

Both the dog and its purchase price were fit for a king. The seller noted that the dog was priced at only 500 guineas—or about $3,000!! In Wallace’s day, that was a lot to pay for a dog—even one headed off to be a royal companion. When Wallace declined the purchase, the dealer offered an eight month old offspring from the first dog at a more reasonable price. 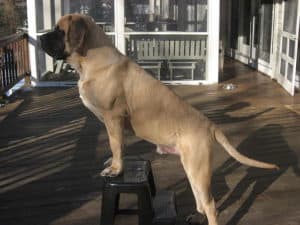 Wallace purchased the puppy. It was the finest dog he had ever seen, with a head like a lion’s and already standing thirty-six inches at the shoulder and six feet from tip of the tail to muzzle. Not only was he the size of a lion, the dog had the tawny color of a lion.

When Wallace was showing the dog at his hotel, one of the curious guests climbed on a window to look in as a burglar or thief might do. When the dog saw this “thief” his eyes reddened, the hair on this back stood up, and he growled in a most menacing manner. Wallace was thrilled at this protective stance taken by the dog.

Wallace named the dog ‘Victorio’ after an Apache Indian chief who caused Wallace great difficulty in New Mexico, but whom Wallace respected for his military prowess. After Wallace shipped the dog, the Sultan began asking after the dog, inquiring about its delivery and was thrilled when it arrived. He immediately ordered that the dog be sent to the palace.

When it was brought into the reception room, the crowd scattered, believing it was a lion. In reports that Wallace received he was pleased to hear that the dog was happily playing with the Sultan’s daughter, perhaps the girl in the painting given to Wallace of The Turkish Princess, and becoming a favorite companion of the Sultan himself. It proved to be a present that held special meaning for both the gift giver and the recipient and represented the special bond between two men of such different backgrounds. 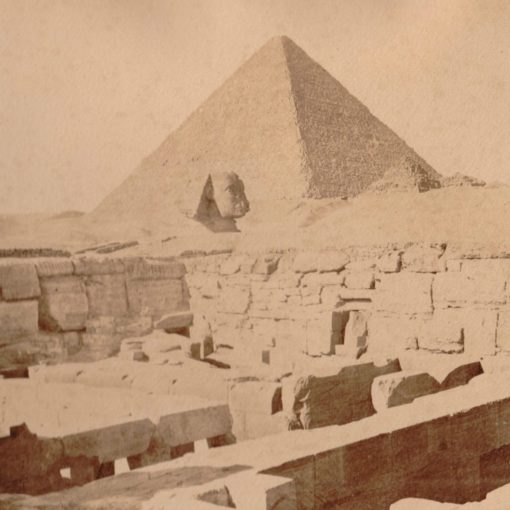 “Give us something about the Nile they say. Tell how the Sphinx looks; is the nose really knocked off? and how about […]

Since Veterans Day wasn’t established until 1919 (as Armistice Day), you may wonder about the title of this blog post. But although […] 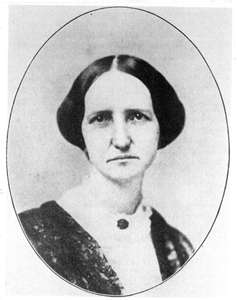