One of Lew’s favorite pastimes was fishing. To ensure he could fish whenever he wanted, he installed a moat along the east side of his study and stocked it with fish. This provided all-weather fishing. On rainy and cold days, he could go down to the Study basement and fish through the porthole windows!

He soon developed concerns about the impact of the water on the Study’s basement and the potential danger to children. Based on photographs of Lew and his two grandsons, it appears he removed the moat between 1897 and 1900.

In its place, Lew built a circular garden with gravel paths. Grounds Manager Deb King has begun recreating that garden. While digging the new pathway, she uncovered gravel from the original garden. You can read more about her garden restoration project on our blog.

In April 2015, a heavy rain sent water running through the Study grounds and temporarily gave us an idea of what the moat looked like. The historic photo on the left is the only known photograph of Lew Wallace’s Moat. Pictured with Lew is his grandson, Lew, Jr. 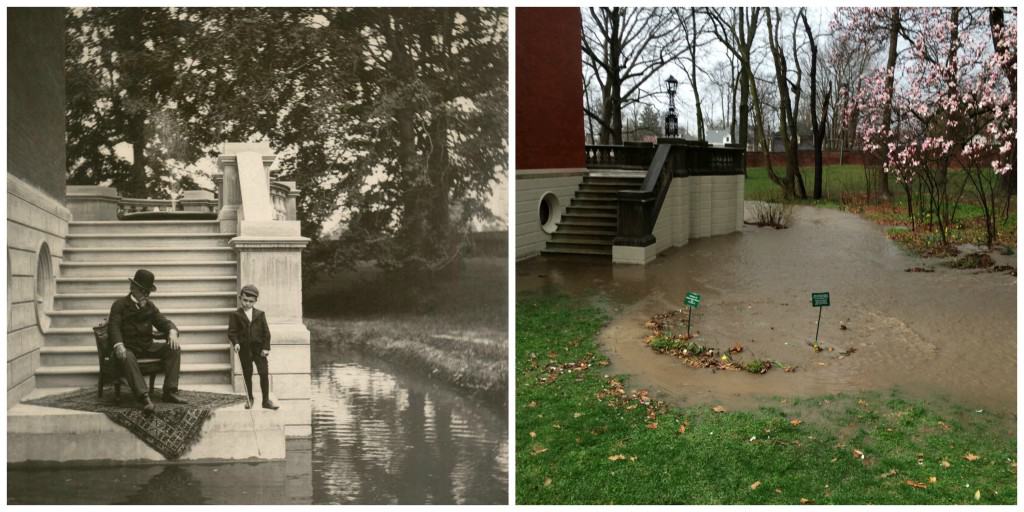