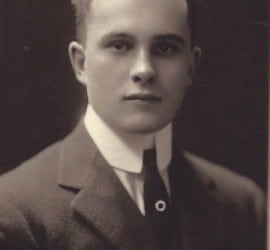 Mary “Haute” Booth Tarkington was one of the leaders of a theatrical group which was established in Indianapolis in 1889. The Matinee Club Originally called the Matinee Club, the group formed to provide private performances. Twenty-five women from the city’s leading families formed the group. The all-woman group first performed in […]