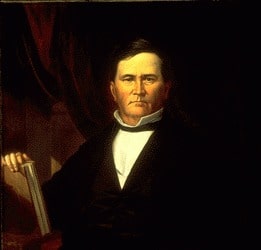 We talk a lot about Lew and Susan Wallace here at the blog, but someone who isn’t mentioned often is Lew’s father David Wallace. David  attended West Point Military Academy and began practicing law in Indiana in 1823. He served in the Indiana State Legislature from 1828 to 1830. In […]