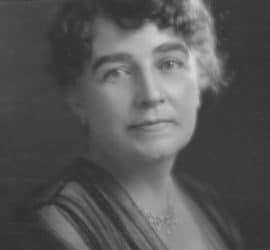 One of the great Hoosier authors of the early 20th century was Gene Stratton-Porter. Her literary career began its ascent at the turn of the century and continued until her death in 1924 when her limousine was hit by a streetcar in Los Angeles. She had moved to Los Angeles […]