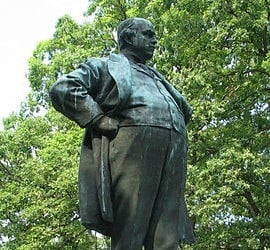 Why did Lew Wallace write Ben-Hur? In 1876, Lew was on a train headed for a reunion of Union soldiers. Also on the train was Robert C. Ingersoll, a noted agnostic. During the trip, the two men began a conversation on the divinity of Christ and other religious issues. In […]