In 1876, Lew was on a train headed for a reunion of Union soldiers. Also on the train was Robert Ingersoll, a noted agnostic. During the trip, the two men began a conversation on the divinity of Christ and other religious issues. In his efforts to sway Lew with his views, Ingersoll’s arguments instead had an opposite effect.

Why did Lew Wallace write Ben-Hur? 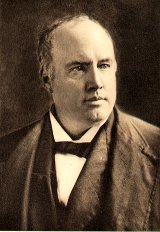 When the men detrained in Indianapolis, Lew waved the waiting cab off, stating he needed to walk to clear his thoughts. As he walked to his hotel, he realized he needed to create a powerful refutation of Ingersoll’s arguments, but found himself ill prepared to do so.

In the mid-1870s, Lew had drafted a short story about the three wise men and their journey guided by the Star of Bethlehem.  He ultimately decided to expand this story, through exhaustive research, as a convincing argument supporting the divinity of Christ. This “redraft” of his short story became Ben-Hur.
That’s the story we relate to visitors about how Lew wrote the best-selling novel of the 19th century. But a couple of weeks ago, some great visitors who stopped in while waiting on car repairs asked me what happened to Ingersoll, and I didn’t know!
I had to find out.

What about Robert Ingersoll?

The son of a Presbyterian minister, Ingersoll was an attorney. He served in the Civil War with the 11th Illinois Cavalry Regiment. He fought and was captured at the Battle of Shiloh in 1862. Ingersoll became the Illinois Attorney General who supported women’s suffrage. He was active in the Republican Party, an abolitionist, a noted orator, and a famed agnostic.
After their conversation, as Lew pursued his writing, Ingersoll also moved on. In 1876, Ingersoll nominated James G. Blaine for President at the Republican Convention in Cincinnati. While Blaine lost to Rutherford B. Hayes, Ingersoll’s “Plumed Knight” nomination speech was electrifying and long remembered. Almost 50 years later in 1928, Franklin D. Roosevelt likely used that speech as a template for his “Happy Warrior” speech when he placed Alfred Smith’s name in nomination as the Democratic candidate for President.

In 1884, Ingersoll spoke at the Republican National convention in Chicago. On his trip home from the convention, Ingersoll passed through Crawfordsville. We don’t know if Ingersoll and Lew crossed paths on this particular trip, but while in Crawfordsville, Ingersoll gave an oration. Joanna Lane graciously offered the front porch of her home, Lane Place, for the event. The wife of Senator Henry S. Lane and a committed Republican, Joanna did all she could to support the party. She was also a devout Methodist. Sharing her lawn with the agnostic Ingersoll must have proven a trial for her. According to news accounts of the day, the enormous crowd—and their hostess Mrs. Lane—listened attentively.
Like Lew, Robert Ingersoll traveled in powerful circles. Walt Whitman considered Ingersoll the greatest orator of his time and stated: “It should not be surprising that I am drawn to Ingersoll, for he is Leaves of Grass… He lives, embodies, the individuality, I preach. I see in [him] the noblest specimen—American-flavored—pure out of the soil, spreading, giving, demanding light.” Ingersoll later delivered the eulogy at Whitman’s funeral. 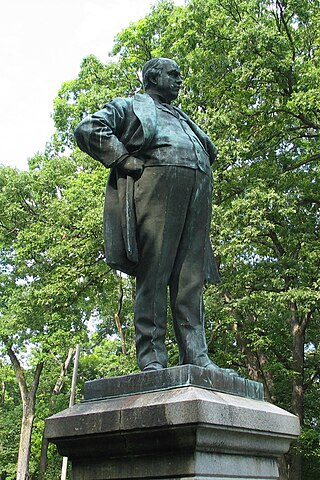 Ingersoll died in 1899 and was buried in Arlington National Cemetery. In 1902, a twelve volume set of his complete works was published. In the early 20th century, authors such as William Faulkner, Sherwood Anderson, Sinclair Lewis, and P.G. Wodehouse referenced Ingersoll.
More recently a popular edition of Ingersoll’s work, edited by Pulitzer Prize winner Tim Page, was published in 2005, by Steerforth Press. Ingersoll’s thinking is being brought to new audiences with, What’s God Got to Do With It: Robert Ingersoll on Free Speech, Honest Talk and the Separation of Church and State.
As Robert Ingersoll once said: “There are in nature neither rewards nor punishments, there are consequences.” How interesting that one of the consequences of a conversation on a train in the 1870s questioning the divinity of Christ led to the creation of a work like Ben-Hur.