From July 7-13, 2011, the General Lew Wallace Study and Museum hosted some terrific events to commemorate the sesquicentennial of the American Civil War. 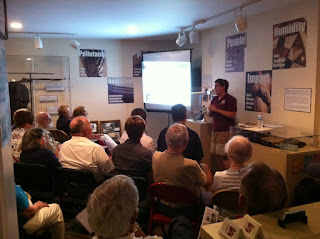 On July 7, Jeannie Regan-Dinius, Director of Special Initiatives, Division for Historic Preservation and Archaeology, Indiana Department of Natural Resources, spoke to a packed Carriage House about the history of the Underground Railroad in Indiana.  The audience response was such that the Museum is making plans to bring Regan-Dinius back for a second engagement! 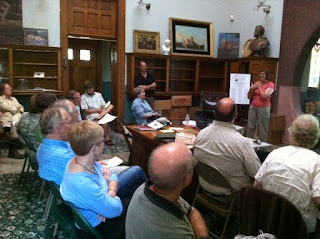 On July 8, Joan Flinspach, CEO of Presenting the Past and former President of The Lincoln Museum in Fort Wayne, illuminated the life and accomplishments of acclaimed Civil War photographer Mathew Brady for guests inside the Study.  The fascinating question-and-answer section afterward lasted almost until the sun went down! 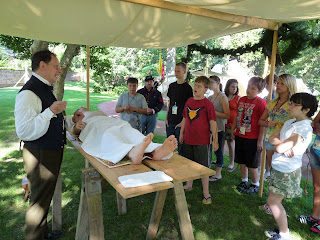 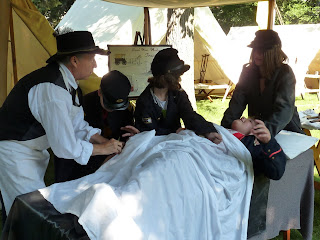 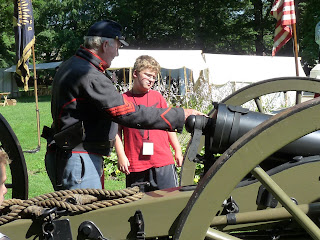 The 7th Annual Lew Wallace Youth Academy completed its week of new experiences on July 9 with a visit to the Civil War Encampment, which was held on the Museum grounds on the weekend of July 9-10.  Academy students learned about Civil War-era surgery, embalming, armaments, and much more. 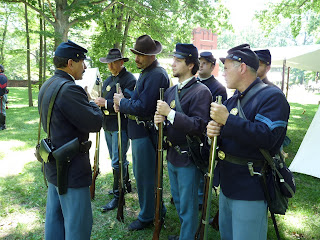 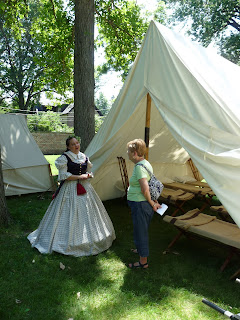 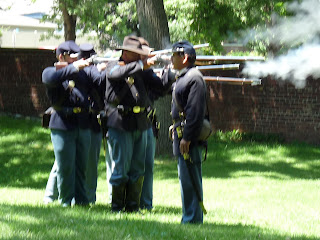 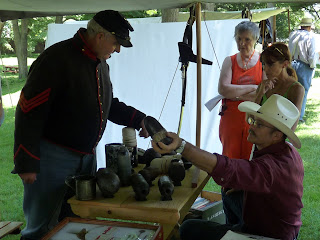 Throughout the weekend, visitors from throughout the Midwest met with living history interpreters from the Mid-States Living History Association to learn about the trials and triumphs of camp life during the tumultuous years of the Civil War.  Guests got to see a working telegraph, infantry drills and sharpshooter demonstrations, ladies’ teas, camp music and seminars on saving history with the Curator of Social History at the Indiana State Museum, among many other things.

On July 13, guests were treated to an inside look into the private life of controversial First Lady Mary Lincoln during the lecture “Mary’s Legacy According to Her Son Robert Lincoln” by Donna McCreary, an award-winning living history presenter, educator and historian.


Civil War Week 2011 was an enormous success, and the General Lew Wallace Study and Museum staff would like to thank all of our partners for helping make it happen!