If you’ve visited the Study any time after 1976, you’ve seen the carpet covering the floor of the main room. 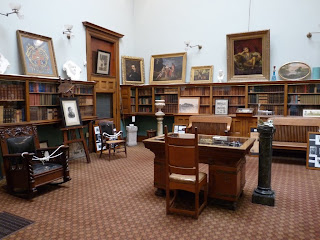 Brightly colored and made to withstand a lot of foot traffic, the carpet made the room warmer and quieter but did not present an authentic appearance. 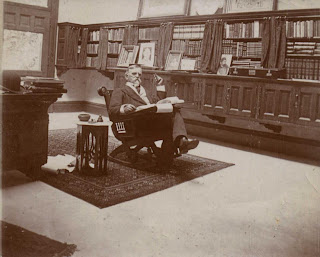 In historic photos, we can see the concrete floor that Lew Wallace installed in the Study. During colder months, he put down area rugs, and during warmer months he rolled up the rugs and stashed them along the walls. We concluded from this that Wallace did not intend for the floor to be covered completely and so… 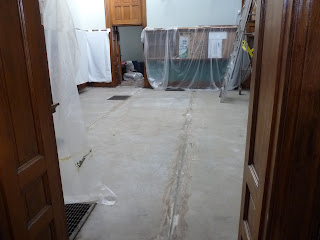 …we took out the carpet! As part of the Study Restoration Project, local flooring experts removed the carpet and the sub-floor that it was glued to and revealed Wallace’s original concrete floor. Fortunately, that additional flooring made little impact on the concrete, and the Study interior now looks much more like it did when Wallace enjoyed the building. It looks a little “unfinished” or “industrial” to some of us, but it’s a step closer to being restored to the appearance Lew Wallace wanted for his Study.