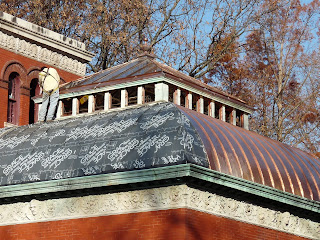 In November, the copper on the east side just shone on a bright sunny day. 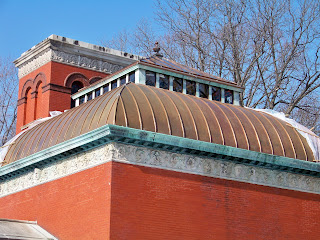 After a winter of snow, rain, and sleet, this same side doesn’t look quite so shiny three months later! 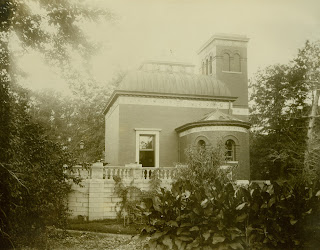 Interestingly,historic photos from Lew Wallace’s time (this one is courtesy of the Crawfordsville District Public Library) seem to show the Study roof as bright and reflective. So, if you want to see the Study as Lew Wallace originally intended, you might want to plan a trip here soon! We offer guided tours of the exterior while construction finishes, and the grounds are open and free until 5:00 p.m. every day.