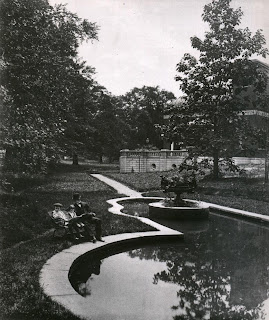 A stately brick reflecting pond graced Wallace’s grounds between approximately 1898-1903, after which the General filled in the pond because of concerns for the welfare of small children who might fall into the standing water when he wasn’t around to help.  Today and tomorrow, professional archaeologists and students from the University of Indianapolis are continuing to uncover the western perimeter of the pond to define the original outline of the structure and aid in interpreting the grounds to the public. 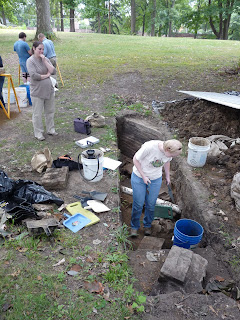 So far, the digging has revealed the remarkably-intact wall of the pond and determined its original depth.  The archaeologists are combing through the original material used to fill the pond to see if artifacts can be found.  On previous occasions, the archaeologists have found sections of pipe, pieces of pottery, iron nails and a metal pot inside the pond.

See archaeologists in action during this weekend’s “History Beneath Us” program on the grounds of the General Lew Wallace Study & Museum in Crawfordsville, today and Sunday until 5:00 p.m.  This program is free and open to the public; separate tours of the Museum cost $5 for adults and $1 for students. 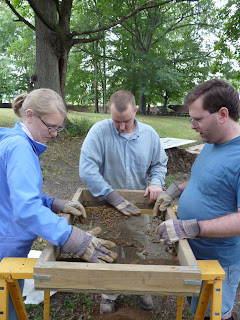