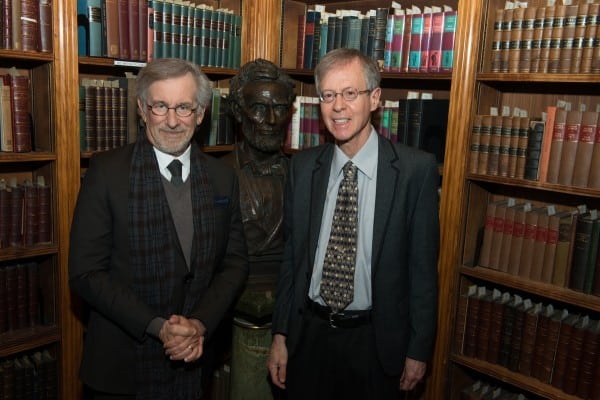 The General Lew Wallace Study & Museum will continue its Civil War lecture series on Thursday, June 26, at 7:00 p.m. in the Carriage House Interpretive Center at the Museum. I’m very excited to tell you all about this lecture, because Dr. May was one of my professors when I was majoring in History at Purdue. While my scholarly focus was on the medieval era, I grew up with an interest in the Civil War, and I have to say that Dr. May gave me the toughest A I ever earned.

Dr. Robert E. May, Professor of History at Purdue University, will cover how the Confederacy came into being and, more importantly why it came into being. Was the war about slavery, states’ rights, or something else? Using the actual words of Southern leaders in their speeches, private correspondence, new constitution, and other documents, Professor May will challenge your stereotypes about the Civil War and the Southern cause and give you a new perspective on the role of states’ rights in American history.

Professor May, award-winning teacher at Purdue University, has taught courses on such subjects as “History of the Confederacy” (this is the class I took), “Civil War and Reconstruction,” and “Abraham Lincoln and the Civil War Era.” He is the author of the just-released Slavery, Race, and Conquest in the Tropics: Lincoln, Douglas, and the Future of Latin America (paperback; Cambridge University Press)–a new interpretation of the coming of the Civil War just selected as a finalist for the Lincoln Book Prize. His other books include his highly-praised edited work on Civil War diplomacy, The Union, the Confederacy, and the Atlantic Rim (in a new edition by University Press of Florida), and his classic The Southern Dream of a Caribbean Empire. He has published articles in Civil War History, Lincoln Lore, and North and South.

In his free time, Professor May is the program chair and vice president of the Camp Tippecanoe Civil War Round Table in Lafayette. His hobbies & interests include folk guitar, tennis, and theater. He acquired his undergraduate education at Union College in upstate NY–a school that Union and Confederate secretaries of state William Seward and Robert Toombs both attended. This year Union remarkably won the national ice hockey championship by defeating Minnesota. Professor May is married to Jill P. May, a former professor of children’s literature at Purdue and the author of several books. His children are Heather, a professor of theater at Hobart and William Smith College in upstate New York, and Beth, who is just opening a Pilates studio in the Syracuse NY suburbs.

I strongly encourage you to attend this lecture, as I can assure you it will be an enjoyable and enlightening evening. As always, this lecture is free, but space in our Carriage House is limited. We have 18 people already signed up, so please RSVP as soon as possible by calling the Museum at 765-362-5769 or emailing [email protected]

5 thoughts on “Civil War Lecture: The Origins of the Confederacy: History and Myth”