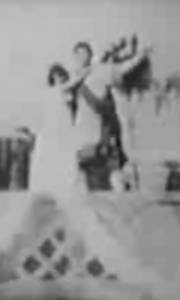 Writers, producers, and attorneys all over Hollywood and New York should wake up every day thanking Lew Wallace. A lawsuit involving Ben-Hur set precedent for many copyright cases over the past century. As many of you know, after Lew Wallace wrote Ben-Hur, Harper Brothers published it. Late in his life, Lew Wallace and Harper Brothers reached agreement with Abraham Erlanger to produce a spectacular stage version of the book. It must have been amazing to see two teams of horses running at full speed on a turntable on the Broadway stage. This production was wildly successful and ran for 21 years.

In 1907, two years after Wallace’s death, Kalem Picture Company, a movie production company, created their own version of the book. At just 15 minutes long, this movie only highlighted brief scenes from the book. The most exciting scene was, again, the chariot race. Kalem filmed the race on the Sheepshead Bay (New York) Racetrack. Firemen from the Brooklyn Fire Department raced their fire horses around the track in front of scenery left over from a summer exhibition.

Kalem, following common movie production practices of the day, did not acquire any rights to 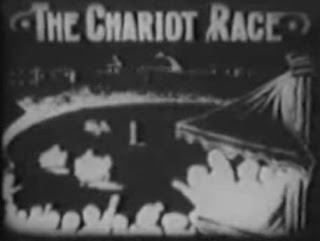 the story. After just one showing of the movie, Henry Lane Wallace, Harper and Brothers, and Erlanger Theaters took legal action. They shut the movie down and pursued litigation that eventually landed in the Supreme Court.

Kalem argued that the movie provided a form of increased marketing. However, Wallace’s heirs and business partners argued that it was not simply about the money (it never is). They felt that the motion-picture version was so poorly done it cheapened and degraded the original.

The Supreme Court ruled in favor of Wallace’s heirs and business partners. Oliver Wendell Holmes wrote the decision. He expressed the opinion that the movie infringed on the Ben-Hur copyright and, by extension, the author’s intellectual property. This ruling has been used for over 100 years to protect the intellectual and creative property rights of artists in all mediums—from Mickey Mouse watches right down to downloading music on iPods.