Skip to content
Crawfordsville’s local cultural attractions are gearing up for another exciting visitation season! Museum staff have prepared new exhibits, displays, and presentations in anticipation of their public openings next week. 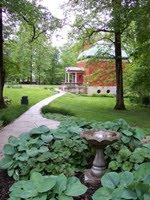 The General Lew Wallace Study and Museum, open to visitors since February 3, debuts their new exhibit, “Sanctuary: Preserving the Legacy of Lew Wallace” during a members-only sneak preview party on March 3. A public grand opening takes place on Saturday, March 6 from 10:00 a.m. to 4:30 p.m. The Sanctuary exhibit features images and artifacts relating to the unique Study building. Wallace’s personal sanctuary, the Study ideally showcased his interests in science, art, and reminiscing. The General Lew Wallace Study and Museum gives regular tours on Wednesdays through Saturdays 10:00 a.m. to 5:00 p.m. and Sundays 1:00-5:00 p.m.

The Rotary Jail Museum will present its new exhibit featuring the artwork of the Sugar Creek Quilters Guild Study Groups, beginning with a reception on March 14 from 1:00 to 3:00 p.m. The exhibit will be on display at the Jail through May 31. Visitors will be able to view beautiful finished quilts such as a Quilt of Hope to be given to a cancer patient after the exhibit. Later, a Quilt of Valor will be presented to a local soldier.

In addition to finished quilts, the exhibit will feature individual quilt blocks. The exhibit also highlights works in progress from quilters who are learning new techniques. Quilts in-the-making serve to illustrate another dimension of quilt creation, according to Montgomery County Cultural Foundation Executive Director Tamara Hemmerlein. “Our unfinished quilts show all that goes into the construction of a quilt, and the incredible amount of work and creativity that is invested into each piece.”

The solemn traditions in a Victorian-era house of mourning will be interpreted this year at Lane Place with their new exhibit, “Coffins, Crape and Cakes: Nineteenth-Century Mourning at the Lane Place.” The mirrors of the stately antebellum mansion will be draped in black, the doorbell will be muffled, and an elegant casket will stand in the formal parlor to illustrate the regular customs adopted by bereaved families in the Victorian period. The exhibit will run through November 2010. The Lane Place leads tours Wednesday through Saturday from 10:00 a.m.-5:00 p.m. and Sunday from 1:00-5:00 p.m. 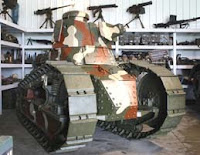 The Ropkey Armor Museum features its newly restored Vietnam-era Tank, the M 41 Walker Bulldog, this spring. This summer the museum will offer its initial presentation of the “Faces of Freedom” exhibit. The exhibit takes inspiration from the Vietnam Veterans Memorial in Washington D.C. They will also debut their addition of a reproduction of the mural by well-known artist Don Peters. The mural commemorates the Allied liberation of Rome during WWII. On September 17-19, the museum will host the regional convention and open house of Military Vehicle Preservation Association. On November 11, the Ropkey Museum will hold a Veterans Bean Soup Supper supporting local VFW and American Legion. The Ropkey Armor Museum is located north of State Road 32 on CR 150 North in Crawfordsville.

For more information on these museums and others in the area, contact the Montgomery County Visitors and Convention Bureau at 765-362-5200 or visit them online at www.crawfordsville.org.