The Museum is known as the Home of Ben-Hur, and the grounds once again served as a writing studio. Dr. Helen Hudson led the Academy students through several different activities: outlining a biography of a fictional character named Robin Snow (whose gender and life details each small group determined for themselves), writing an autobiographical anecdote, and interviewing a fellow Academy participant who might someday hit the campaign trail.

Pencils kept moving as students used both their imaginations and memories to write biographies and autobiographies. 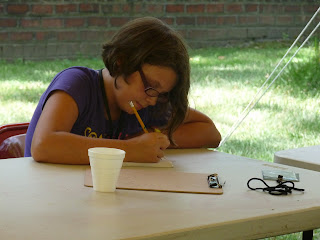 Students paired up to interview each other as if they were running for president. Based on some of their professed goals – helping the poor, keeping libraries open, solving environmental problems – we have a few politicians and activists in the group! 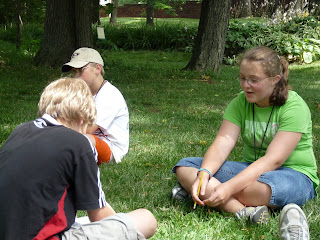 The day started and ended with active games that emphasized clear communication. The students clamored to repeat the game “Never Have I Ever”, a combination of musical chairs and personal triva. 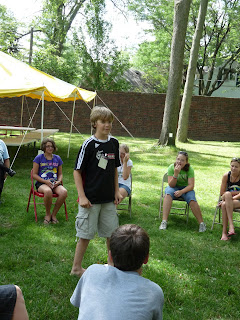