Skip to content
The fourth day of the Lew Wallace Youth Academy focused on Solving Problems – inventing, altering landscapes, and designing buildings.
Intern Kasey Greer (Indiana Univerisity Class of 2013) gave a behind-the-scenes tour of the Study basement (shown here under the back porch). This was a special treat because the basement is not open to the public. 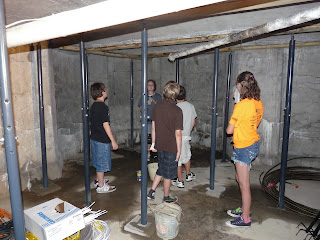 Volunteer Sharon Kenny led a scavenger hunt with students locating features in the Study’s interior. Just how DO you get into the tower? 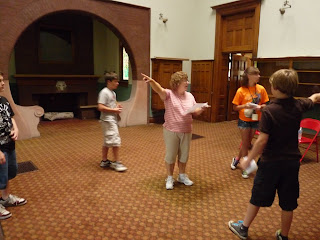 Dr. James Norton, a scholar of Wallace’s inventions, discusses the fishing poles of the 19th century and the improvements that Lew Wallace tried to make with his design. 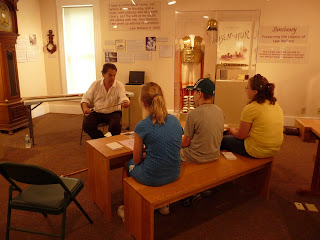 Surveyor Jim Swift worked with small groups of students to find Lew Wallace’s reflecting pool from historic photos of the grounds. Each group consistently found the same place! Plans are in the works to excavate the remains of the reflecting pool in the fall. 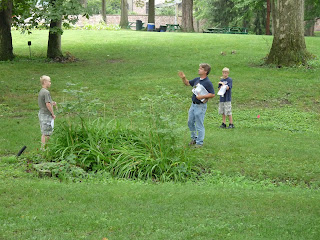 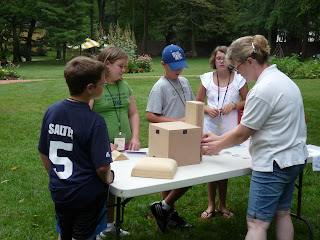 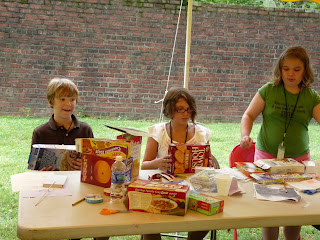 Just as in real life, some buildings could not be built without teamwork! Several students commented that designing a stable structure and taping it together were big challenges – but that also made it fun. 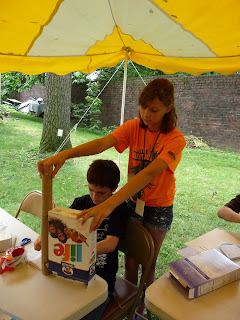