CRAWFORDSVILLE, IN, March 28, 2009—The Civil War began as a struggle between armies of untrained but enthusiastic volunteers. Seven generations later, another 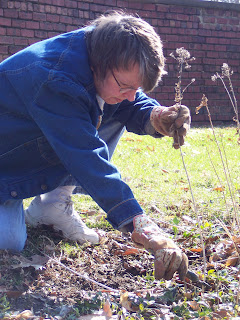 army of volunteers is about to descend on America’s Civil War battlefields – only this horde of dedicated men and women will be armed with paint brushes, trash bags and weed whackers.

On Saturday, April 4, 2009, history buffs and preservationists of all ages will join forces to clean and restore Civil War-related battlefields, cemeteries and shrines. The nationwide effort – dubbed Park Day – is underwritten with a grant from The History Channel. Park Day is also recognized by the U.S. Department of the Interior as a “Take Pride in America” event. More than 100 historic sites in 24 states are expected to participate in Park Day 2009.
“Civil War sites are often the victims of their own popularity,” noted Civil War Preservation Trust (CWPT) President James Lighthizer. “Without proper maintenance, battlefields can suffer from the ravages of both time and tourism. Our goal is to spruce up these links to America’s past so they can be enjoyed by all.”
Now in its thirteenth year, Park Day is an annual hands-on preservation event created by CWPT. Volunteers gather at designated Civil War sites to help with routine repairs and maintenance. Activities can range from raking leaves and hauling trash to painting signs and trail building. In exchange for their hard work, participants receive free refreshments and can listen to local historians describe the significance of the site.
The General Lew Wallace Study and Museum is one of the sites that will benefit 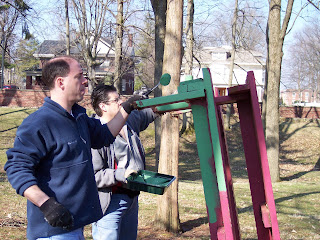 from Park Day-related activities, and the only Park Day site in the state of Indiana. Volunteers are needed to paint some structures on the grounds, weed and mulch the various flower beds, pick up branches and help to clean the brick wall that surrounds the General’s property. For more information about Park Day at the General Lew Wallace Study and Museum, please contact Deb King, Grounds Manager, at 765-362-5769 or email [email protected]

With 60,000 members, CWPT is the largest nonprofit battlefield preservation organization in the United States. Its goal is to preserve our nation’s endangered Civil War sites and to promote appreciation of these hallowed grounds. CWPT’s website is located at www.civilwar.org.