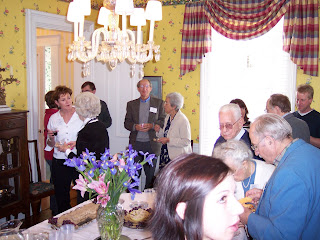 After months of planning and weeks of careful installation, Lew Wallace—Gentleman Scientist, the new interactive exhibit at the General Lew Wallace Study and Museum, has finally opened to wide public acclaim.

The sneak preview party, open to members of the Lew Wallace Study Preservation Society, was held on Friday, March 28, at the Museum and at the former Wallace home in Crawfordsville. Members enjoyed a wine and cheese reception while learning about the new exhibit from Museum Director Cinnamon Catlin-Legutko. “We are so grateful to our Science Advisory Committee for helping us conceptualize this exhibit,” said Catlin-Legutko in her remarks. “The staff and I have been engaged with this exhibit since last year, and it’s very gratifying to see it come to fruition.” 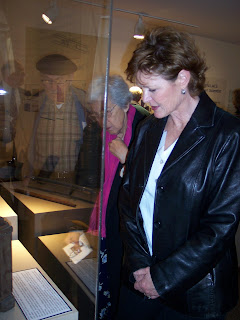 After the reception, members moved to the Carriage House Interpretive Center. Museum staff have transformed the Carriage House into a creative workshop. The space displays Wallace’s achievements in the realms of invention, innovation, and the natural world. In addition, large-scale vinyl images of Wallace’s patent drawings hang on the walls next to some of his inspiring quotations. Artifacts from Wallace’s avocation as an inventor sit side by side with his fishing equipment. The exhibit also displays original materials he used in the construction of his unique Study building. A special Creativity Station invites children and their families to design and build structures out of Lego® blocks. Alternatively, children may draw their own inventions and have them “patented” by staff with a Museum seal embosser.

Museum staff has added a collection of backpacks filled with binoculars, field guides, and drawing supplies. Visitors can check out these backpacks and use them on the Museum’s shady grounds to become a true nature observer. Instructions guide visitors on methods of bird watching, identifying trees, and more.

The public opening of the “Gentleman Scientist” exhibit took place on Saturday, March 29, and a brisk day full of bright sunshine greeted visitors from throughout the region as they came to the Museum. “Visitation is up markedly since the beginning of March,” said Museum Associate Director Amanda Wesselmann. “We had quite a crowd today, coming to see both the new exhibit and the Study. We hope this momentum carries throughout the exhibit year.” 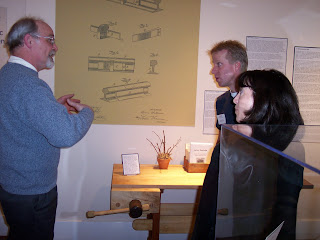 tist” theme, including community favorites the Lew Wallace Youth Academy and the second-annual Taste of Montgomery County. The next events in the 2008 exhibit year are Park Day on April 5, an annual comprehensive cleanup of the Museum grounds in preparation for the coming year, and Lew Wallace’s Birthday Celebration on April 10, a party for children and their families celebrating Wallace’s 181st birthday with games, gifts, refreshments, and the planting of the new Lew Wallace Children’s Garden.