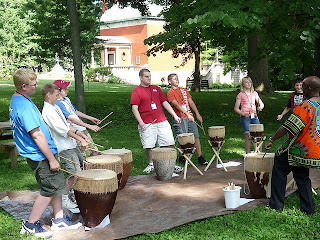 Change is afoot at the General Lew Wallace Study and Museum. As restoration work begins on Lew Wallace’s Study building this summer, the students of this year’s Lew Wallace Youth Academy will be learning why such drastic changes must take place.

The week-long Youth Academy, July 6-10, is accepting applications for students entering grades 6, 7 and 8 who have an interest in investigative learning, exploring new cultures and new ideas and making friends. Interested families can contact the Museum at 362-5769 or e-mail: [email protected] for more information.

Amanda Wesselmann, associate director of the museum, announced today that several changes are being made to the curriculum and faculty of the Youth Academy, which helped the General Lew Wallace Study and Museum win the 2008 National Medal for Museum Service. One new facet of the Academy will be the investigation into the Study Restoration Project, a construction plan over three years in the making that will begin this summer.

Mary Jane Teeters-Eichacker, Curator of Social History at the Indiana State Museum, will speak to Academy students about the importance of preserving historic artifacts and sites. Preservation is the primary motivation for the upcoming restoration of the Study, considering the building was designed by General Wallace himself and normally houses irreplaceable original memorabilia from the General’s life. The leaky copper roof of the Study put those artifacts in danger each time it rained.

Other changes to this year’s Academy include a Sharing Stories day when the students will write biographies and autobiographies of themselves, something General Wallace did in his Study; and 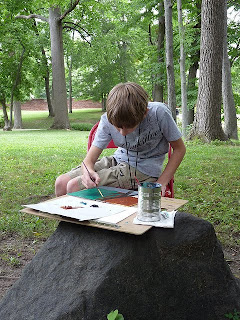 a Creating Art day when students will paint with watercolors outdoors under the direction of Karen Patton, president of the Art League of Montgomery County and frequent exhibitor at the Downtown Crawfordsville Fall Art Show.

“I want to foster the students’ artistic interest,” said Patton, “So they can see that art is far more than just accuracy.”

The Lew Wallace Youth Academy will culminate in the students interacting with the Civil War re-enactors of the Mid States Living History Association, who will be encamped on the Museum grounds during the weekend of July 10-11. In addition to discovering how soldiers encountered daily life during the tumultuous days of the Civil War, Academy students will participate in a flag retirement ceremony, the first of its kind in Academy history. The students will help to “retire” the Indiana state flag that currently flies over the Museum grounds according to protocol, and initiating the new Indiana flag that will wave proudly over the property for years to come.

“We have never had a flag retirement ceremony here at the Museum before,” said Wesselmann. “This year’s Academy students will learn what goes into retiring a flag in the proper manner, and why the occasion deserves reverence and dignity.”

A few student spots are still open in this year’s Youth Academy, held July 6-10 on the grounds of the General Lew Wallace Study and Museum from 9:00 a.m. to 12:30 p.m. Students and their families are invited to an elaborate graduation ceremony on Saturday, July 10, attended by the Civil War interpreters of the Mid States Living History Association. Pre-registration for the Academy is required, and fees per family are only $25, although scholarships for families with financial need are available. Registrations for this once-in-a-lifetime experience are due July 4; please call the Museum at 362-5769 or e-mail: [email protected] to take part.