I frequently have visitors ask me about the little paperweight displayed on a shelf in the Study. Titled Memento Mori, the paperweight depicts a human skull. So why would Lew want to display a skull on his desk? 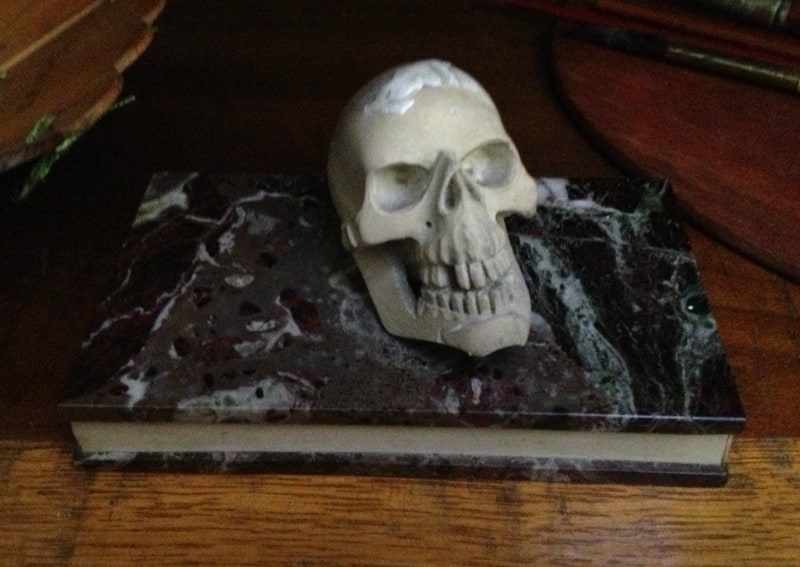 The phrase “memento mori” is Latin, and means “remember you will die” or “remember you are mortal.” It has a connection to the Roman era, when victorious generals were often given a triumph. As the general was being lavished with praise and glory, a servant stood nearby, whispering to him, “Remember, you are mortal.” Wouldn’t want those generals to get any ideas!

The Victorians embraced the concept of mortality and had a complicated relationship with death. There were strict guidelines about how long mourning should last and how long it should be done. Brooches were made from the braided hair of dead loved ones. Victorians often took photographs of their deceased.

Viewed in that light, Lew’s little reminder of his own mortality doesn’t seem quite so macabre!