We’ve created some puzzles of the General Lew Wallace Study & Museum property that you can complete online! We hope you enjoy them! Hopefully this will tide you over until we are able to open the museum again.

This landscape photo appears in our front-page slider, and features the General Lew Wallace Study and our replica of the statue of Wallace housed in Statuary Hall in Washington, D.C.

The Conspirators by Lew Wallace puzzle

Lew Wallace completed this painting in 1867. Subjects in the painting are members of the conspiracy that included John Wilkes Booth, who assassinated President Abraham Lincoln. To learn more about the painting, watch Gail Stephens’ Conspirators lecture video or check out this post.

Yes, this is the painting that watches you as you move around!

As Lew’s tour of duty as envoy extraordinary and minister plenipotentiary to the Ottoman Empire came to an end in 1884, the Sultan offered a number of expensive gifts. As a representative of the government of the United States, Wallace graciously declined these expressions of friendship and gratitude.

According to legend, as Wallace closed his office and packed his residence, the Sultan was able to secretly include the painting called The Turkish Princess, some elaborate carpets, and a few other items in the shipping crates. These items sent by the Sultan remained undiscovered by Wallace until he was back in Crawfordsville and opened the crates. The Turkish Princess, said to be one of the Sultan’s daughters, remains one of the highlights of the Study.

We are all getting excited about our upcoming exhibit. “Generations: The Descendants of Lew and Susan Wallace” opens to the public Tuesday, […]

During a visit today from Nicholson Elementary second-graders, we showed a few artifacts relating to Lew Wallace’s occupation as an author. One […]

Throughout his life, Lew Wallace had a deep interest in the creative arts. He created original works of art and acquired works […] 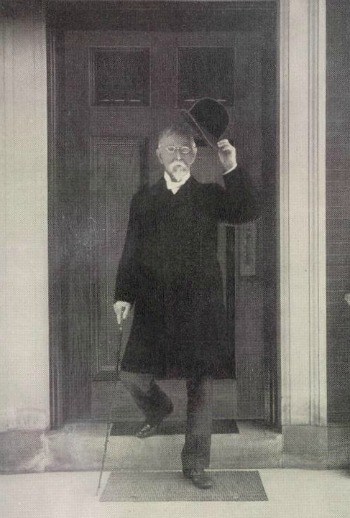 Among the extraordinary items in the Study, the General Lew Wallace Study & Museum has a collection of canes associated with the […]