Skip to content
What was Lew Wallace’s political affiliation?
Looking to his Autobiography, Wallace grew up “intensely Whig.” His father belonged to the Whig party during his time as governor and state legislator.
Wallace carried on these political views until the personally crucial election of 1848. This election found General Zachary Taylor, among others, nominated on the Whig ticket. General 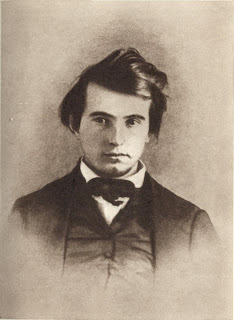 Taylor had soundly criticized Wallace and his regiment during the Mexican War, and the wounds still stung Wallace as he decided how to cast his vote. In addition to the personal slight, Wallace believed, “Taylor would be a slave-holder’s president. His election would mean the extension of slavery.” (Autobiography, p. 204)
Though not an outspoken abolitionist, Wallace did not want to see the extension of slavery throughout states and territories. Lew acknowledged he could not single-handedly rout Taylor as a viable presidential candidate. However, he still resolved to wage a war against Taylor’s campaign within the state of Indiana. After the election several months later, “General Taylor became president, but not – and I devoutly thanked God for it – not with the electoral vote of Indiana.” (Autobiography, p. 204)
Lew’s personal campaign against the Whig candidate led to his defection from that party. Seeing no middle ground between Whigs and a third party called the Free-Soilers, he “became a Democrat – one of the straitest of the sect.” (Autobiography, p. 205)